Please note that this is a purely fictional scenario and not based on any actual events or people. If Bill has been paid by Coke or the Coca Cola corporation has received favors in the form of public policy or contracts Hillary was able to facilitate, it is purely a coincidence. 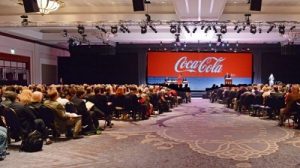 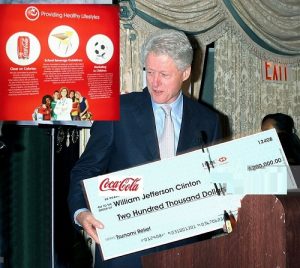 Hillary tells school kids that rich people are not paying their fair share and that Coca Cola products should be free for all students. 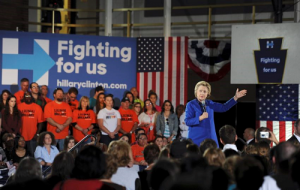 The voters, I mean kids, are excited and want to vote for Hillary. 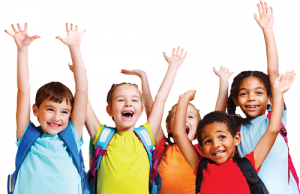 Clinton laughs and thinks “this is too easy” 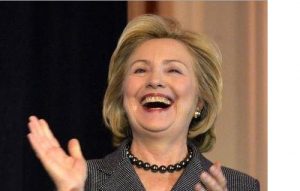 Kid wonders why his parents now have to work late to pay for Obamacare and his after school program got cancelled. 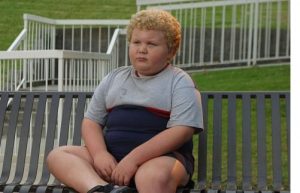 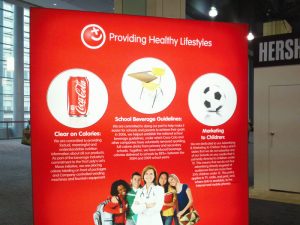 Guess who got a call to speak at Coke’s annual shareholder meeting?

Professional criminal organizations and schemes are often well organized and planned. Sometimes they are even run better than some public corporations. Corrupt politicians and political organizations are no different.

The key to circumventing suspicion and the law, is through forming a complex organizational structure. While one of the keys to Clinton’s Pay for Play scheme is the Clinton Foundation, the scheme is misunderstood when the foundation is made the focus of raising suspicions of corruption. Why? Well, first of all it is a charity organization. It is easy for many people to shrug off donations to a charity in return for political favors.

The key to proving corruption is to follow the money trail where the Clintons benefited directly. An example is the Wallstreet Journal Article showing links to the Clintons getting massive fees to speak.

The Clinton Foundation provides the Clintons cover from suspicion, distracts from the issue and is also a way to dish out favors. With favors, such as awarding a construction contract, it can be difficult to tie them directly to the original favor or payment when they originate outside the foundation and more likely involve numerous parties. In the end, the average person on the street thinks it is sour grapes for those critical of the Clintons to attack their charity.

However, the average person on the street understands that getting paid hundreds of thousands of dollars to speak at an event in return for a political favor smells rotten.

For Congress to get enough public support to actually investigate corruption, the opinions of the average person is important. The scheme is obviously well organized and many powerful people are involved. Bernie Sanders, the self-proclaimed spokesperson against corporate and political corruption, would be the best person to drive the cry for an investigation, but is least likely to do anything that might possibly help the Republican Party.

So, what is going to happen? A committee in Congress is going to hold hearings on the Clinton Foundation and say while there was certainly an appearance of wrong doing, there is no direct evidence of any wrong doing. Sound familiar? It was bad judgement, but not against the law.

Those that own and control the mainstream media do not have an interest in exposing the Clintons. This could be the last election where we have a free internet that does not censor independent films like the one below:


After all, there is one candidate in this election that blamed the death of a US forces, diplomats, and an ambassador on a YouTube video.

The domestic debate focused largely on the economy, the deficit contributing to the national debt, and taxes. The candidates were contrasted on their ideas of how tax rates should be changed to deal the current spending deficit. Romney argued that tax rates should not increase for any bracket and that his principles for any new tax policy would be no tax rates increases, no tax changes that increase taxes paid by the middle class, and increases in revenue should be achieved by updating deductions in the tax code. The revenue reduction would be made up by economic growth and reducing reductions. Obama believe that tax rates for those making over 250k should be increased back to their levels during the Clinton years in order to achieve the needed revenue to support domestic programs. They both stated they believe that tax rates for corporations should be decreased using deductions specific to activities as incentive for domestic growth. Romney argued that Obama is largely ineffective at getting any type of legislation related to taxes passed due to bipartisanship. Obama argued that being a leader means sticking to your ideals and saying no to bad policy. He argued that Romney did not have a clear plan and the math did not support that a reduction would make up for reduction of tax rates without raising tax rates on the top brackets. Romney argued that it was more important to lay out ideals as opposed to specifics to achieve bipartisan support. Obama characterized Romney’s plan as one that would reduce taxes for the wealthy. Romney characterized Obama’s plan as a roadmap to the same economic failure and high tax rates we now see in Spain and across Europe.

If you missed the debate, below is a link:

The top GOP candidates are meeting with Donald Trump to win his support. Mitt Romney is the latest candidate to meet with him and below is a video from Fox where Mr. Trump discusses the meetings.

Donald Trump turned 65 years old today. He will be on the Hannity Show tonight at 9pm.

Donald Trump talks about the Republican congressional leaders and their impact on his decision.

To all those who have fallen, we salute you and will never forget your sacrifice. Lord willing, today I will enjoy a peaceful Summer day and would not be able to do so without the sacrifice of so many.

Over 1.2 million U.S soldiers died in combat to preserve our freedom. Enjoy this day, do not take it for granted.

To all those serving or who have served, thank you!

Did Donald Trump engage in a promotional ploy to gain publicity for his brand or was he seriously contemplating a 2012 run?

At one point, I believed Trump was a serious contender. He was making the rounds on the media circuits to talk about many serious issues and trying to push the not-so-serious issue of Obama’s birth certificate. The more meaningful subjects of the economy, the trade imbalance, and jobs he could get the attention of many. After all, with 9% unemployment, at least one in ten could related to the fact that jobs are getting outsourced overseas at about the same rate as products stamped with China on the bottom are coming into the country.

The Death of Bin Laden changed the political landscape. Obama’s approval ratings are soaring and The Country feels more at solidarity. Criticism and personal attacks on Obama would be unpopular. Donald Trump’s sword lost its point.
If Trump wanted to run for President, unless the economy took a real turn for the worse, he’d have little chance of winning.

But the real question remains. Did Donald Trump ever seriously consider running? This once believer has doubts. He made speeches, attacked Obama’s credibility, and “re-formed” his position on some conservative issues. However, when the backlash began to take its toll on his brand, he faded to the background. Bin Laden’s death gave him the chance to retreat under the cover of the media attention surrounding that event.

Donald Trump announced today that he will not be a candidate in the 2012 presidential election.

Trump’s Statement:
This decision does not come easily or without regret; especially when my potential candidacy continues to be validated by ranking at the top of the Republican contenders in polls across the country. I maintain the strong conviction that if I were to run, I would be able to win the primary and ultimately, the general election. I have spent the past several months unofficially campaigning and recognize that running for public office cannot be done half heartedly. Ultimately, however, business is my greatest passion and I am not ready to leave the private sector.

Donald Trump spoke at a political event in Nashua, New Hampshire where he detailed his reasons for opposing Obama and the current U.S. problems.

Donald Trump’s description of the event.